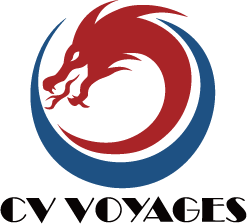 When you book with an account, you will be able to track your payment status, track the confirmation and you can also rate the tour after you finished the tour.
Sign Up
5560 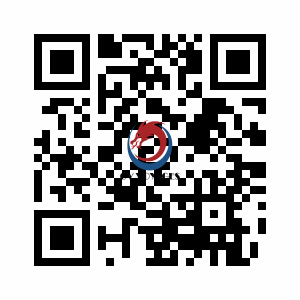 Departure at 8:00 from Avenue Champs-Elysées. Arrival in Vichy around 13:00.
Vichy has been tied to the Bonaparte family since 1799, when the mother of Napoleon I came to the spa town for a treatment. It was under this empire that the Parc des Sources was created, where you can enjoy water from several different sources for different treatments. Ex. LUCAS is good for skin allergy that is why it is used for spa and VICHY cosmetics. CELESTIN is used for mineral water. LA CHAMEL, HOPITAL and LA GRAND GRILL are widely applied for medical treatment and skin care. It was Napoleon III, who transformed the city. He came to Vichy 5 times a year for treatment and ordered the construction of a new park, roads, a path along the Allier River, a church and a city hall. Napoleon III also brought the railway to Vichy and inaugurated the Opera-Casino in 1865. These improvements in infrastructure helped him in his goal of making Vichy a world class spa destination, the King of Spa Town.
Check in hotel near Lyon.

Breakfast
After breakfast, we will head to Orange, best known and most visited for its Roman monuments, the Ancient Theatre and the Triumphal Arch. Both have been very well preserved over the centuries.

After Orange, we will head to Avignon, the capital of Christendom in the middle-ages. The Palace of the Popes (Le Palais des Papes), and the Saint-Bénezet bridge (le Pont Saint-Bénezet) are listed by UNESCO as World Heritage sites.

In the afternoon, we will visit the Gard Bridge (le Pont du Gard), a Roman monument built halfway through the 1st century AD. It is a three-level aqueduct which allows water to flow across the Gardon River to supply the city of Nîmes, formerly known as Nemausus.

Check in hotel near Arles.

Attention: During the season of Lavender, from mid-June to early August:
In the afternoon, instead of Pont du Gard, we will head to Gordes, ranked among the most beautiful villages in France. After enjoy the view and the sunshine in the countryside, we will head to Sénanque Abbey, a lovely medieval Cistercian abbey that is one of the best places to see Provence’s famed lavender field.
Check in hotel near AIX-EN-PROVENCE. Day 3 Arles- Nice- Monaco (During the season of Lavender, visit to Arles will be cancelled)

Breakfast
After breakfast, we will head to Arles, most famous for two things, its Roman ruins such as the Arena and the Theater, built in the 1st century and its association with Van Gogh who lived here in 1888 and created a lot of important paintings. The streets of this city full of art ambiance are truly medieval in character: narrow and winding between ancient buildings.

We will continue to Nice, one of most popular beach for holiday in Europe. Free time stroll in the Angel Bay and the English Promenade and the then the old town of Nice (Vieux Nice).

The principality of Monaco is a small city-state on the Mediterranean Sea. Hollywood movie actress GRACE KELLY is amongst the royalty of the country. The casino of Mont Carlo attracts thousands of people to gamble here. The Prince’s Palace (Palais Princier), the Monaco Cathedral, the Oceanographic Museum and Aquarium and the Exotic Garden (Jardin Exotique) are world-renowned attraction.

Check in hotel near Nice.

Breakfast
After breakfast, we will go through the mountainous road along the seaside directly to Grasse, a typical Provencal small town where we will visit the famous perfume museum, Fragonard or Galimard.

We will continue to visit Cannes, a host city of the annual Cannes Film Festival that attracts all the fans of movies all over the world. You will find lots of hand -prints of your favorite movie stars on the Star Avenue.

Check in hotel near Grenoble

Breakfast
After breakfast, we will visit Annecy, one of the most beautiful towns in the Alps, and a attractive setting with woods, mountains and the Lake of Annecy. The River Thiou, running through Annecy makes it the ‘Venice of the Alps’.

It is also home to a number of important monuments such as the Palais de l’Ile, built in the 12th century. It was a court house and an old prison. The Annecy Castle (Château d’Annecy) was the home of the Counts of Geneva. The Bridge of Lovers (le Pont des Amours), where legends say if two lovers kiss on top of the bridge, they will never be separated.